The enormous megalithic structures at Baalbek, Lebanon, are attributed to the Romans, but was the gigantic, “maxilithic” structure beneath the Roman work left by some unknown earlier culture? 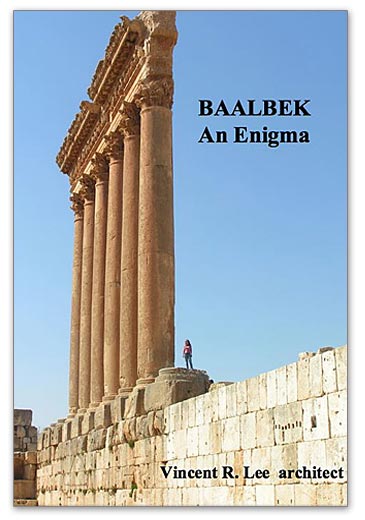 The little-known Roman ruins at Baabek, in Lebanon’s historic Bekaa Valley, are among the most astounding relics of the classical world. The site is an enormous megalithic extravaganza, fashioned from countless 10 & 20-ton limestone blocks stacked like mere bricks. Six gigantic, 230-ton columns (cover photo) are all that remains of the Temple of Jupiter-Baal, the largest ever erected by the Romans. The entire Parthenon would have fit nicely inside. But there is much more. The exquisite adjacent Temple of Bacchus, roughly the size of the Parthenon, remains the best preserved Roman temple in the world and everywhere about are the remains of Saracen efforts to transform the entire site into a formidable fortress during the Crusades.

Noteworthy as all this work is, however, one of the ancient world’s last great mysteries lies all but hidden beneath its splendors. The Baalbek “Trilithon,” a trio of 900-ton stones form part of the unseen western aspect of the Roman platform, and below them lies a huge U-shaped enclosure of 24 400-ton blocks. The latter, especially, seems totally unrelated to the Roman project. Long regarded as a curiosity, built by the Romans but abandoned for unknown reasons during construction, these megaliths are among the largest ever assembled by human hands and good reasons exist to credit them not to the Romans, but to an unknown earlier culture with an ever grander structure in mind. Still awaiting transport from the nearby quarry is the famed “Stone of the South.” Weighing in at 1200 tons, it was long thought to be the largest cut stone in the world until recent excavations disclosed a previously buried 1500-ton neighbor! Here, we look into who might have done all this incredible work, when and why.

6 sample images from this book

Effectively hidden beneath the massive Roman Temple of Jupiter-Baal is the Baalbek “trilithon,” the feature for which the site is most famous today. These are three 900-ton blocks that form part of the raised platform on which the temple was erected. Less well known is that beneath the trilithon lie twenty-four 400-ton blocks, forming an immense “U”-shaped enclosure, nearly encircling but otherwise unrelated to the Roman work above. Conventional wisdom is that this megalithic extravaganza — actually “maxilithic,” since they are among the largest stones ever quarried — was part of the Roman project, abandoned unfinished for some unknown reason during construction. Perhaps, but it is clear that more was once planned than actually happened. The most mind-boggling pair of relics at Baalbek remain shaped, but unmoved in the nearby quarry from which the largest stones were taken. They are the two largest building blocks in the world, both apparently awaiting transport to join the trilithon: the 1200-ton “Stone of the South” and an even larger, only recently excavated giant probably weighing nearly 1500 tons, roughly the weight of many World War II destroyers! 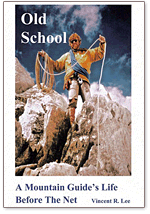