ARCHAEOLOGY IN THE ROUGH: Thirty Years Exploring in the Andes

Archaeology in the Rough: Thirty Years Exploring in the Andes 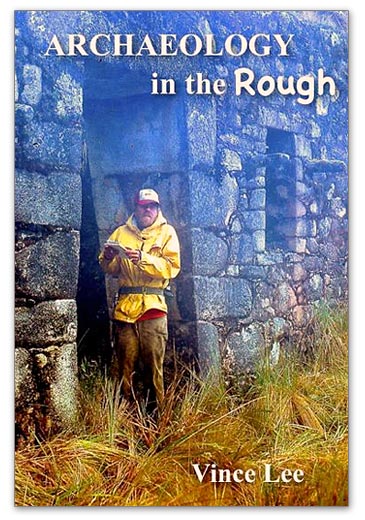 Growing up on the long-abandoned Hudson River estate of John Charles Frémont, the controversial “Pathfinder of the West,” set me on the road to adventure and exploration as early as I can remember. A career as a self-employed architect guaranteed that time off was my own to choose. A part- time second career seasonally guiding mountain climbers all over the world exposed me to wonders I’d scarcely dreamed of as a boy. But I eventually lost both the ability and the desire to continue hard, alpine accents. About that time, I read Gene Savoy’s classic book, Antisuyo, recounting his explorations in the jungles of Peru. I was hooked, and remain so to this day. Finding “lost cities” in the high Andes would be my next career.

First, I followed in Savoy’s footsteps and picked up where he had years ago left off in the remote and vaguely perilous province of Vilcabamba. It was where the Incas made their last stand, and but for brief visits by Savoy and Hiram Bingham, the famous discoverer of Machu Picchu in 1911, it remained largely unexplored and its many Inca ruins were unstudied. Some, described in Spanish documents of the period, remained unfound! How could I resist a challenge like that? My wife Nancy and I devoted the next four years to piecing together the rich and tragic story of the Incas’ final decades free from European rule. Then, as now, our methods were strictly old school: a compass in one hand and a machete in the other. The fascinating story is told in my book, Forgotten Vilcabamba, Final Stronghold of the Incas and has received five stars from every reader that has posted a review on Amazon.

Since then, we have pursued similar projects all up and down the Andes. From Ecuador to Bolivia the opportunities for exploration were everywhere and our work bringing them to light gradually caught the attention of the academic community. We were doing work that professional archaeologists could scarcely find funding for and our documentation of what we found was thus a valuable contribution to their work. The result was membership in John Howland Rowe’s Institute of Andean Studies, at Berkeley, and annual papers presented there describing our projects. Of these, ten are included here and should give an idea of both the physical and the intellectual rewards of years in the Andean bush, uncovering the mysteries of the past.

Sixpac Manco: Travels Among the Incas

Sixpac Manco: Travels Among the Incas was my first effort at recounting our experiences for others to read. It resulted from a flap with no other than Gene Savoy, the man whose book had been my inspiration. That story is told in Forgotten Vilcabamba, Final Stronghold of the Incas. This tale deals with the ascent of Pico Iccma Ccolla, a granite crag overlooking the ruins that both Savoy and Bingham had reported deep in the Amazonian rain forest. It was the first of our more than thirty expeditions in the Andes. Until now long out of print, Sixpac Manco is regarded as a classic by my fellow explorers.

Vilcabamba, Last Stronghold of the Incas is a brief summary of all that I learned about the bloody history of the Incas’ final redoubt after returning from Sixpac Manco I, the ascent of Iccma Ccolla. Getting to and from the climb had introduced me to the fascinating world of the Incas and left me thirsty for more knowledge of their magnificent empire and it’s tragic fall in the wake of the Conquest. Unlike the Aztecs, whose fate was sealed soon after the arrival of Cortez in Mexico, the Incas held out for forty years in the jungles of Vilcabamba before being subdued, finally, by the Spaniards. This is the story of their heroic, but ultimately futile resistance to foreign rule.

Puncuyoc Revisited summarizes the results of a series of expeditions to the Inkawasi (house of the Inca), a near-perfectly preserved relic from the world of the Incas. Isolated in a 13,000-foot pass in the remote Cordilllera Vilcabamba, it was re-re-re-discovered during Sixpac Manco II, our second trip to Vilcabamba. Its many features and pristine condition make it a rare laboratory for the study of Inca design and construction, but for what purpose was it built? Twenty years after our first encounter, with help from friend and archaeoastronomer, Bernard Bell, we finally figured out the answer.

Guarancalla, The Lost Mission of Padre Ortiz solves a 400-year old mystery. Only two Spanish priests were ever allowed to build missions in Inca Vilcabamba, but only one of their churches had ever been found. Padre Diego Ortiz had established his somewhere in the forest mid-way between the province’s two major cities, but where? No one knew. No one had ever even looked. The answer lay concealed under tons of rotted jungle growth at an obscure site long mis-identified by fellow explorer, Robert von Kaupp. This is the story of how we dug out the truth of the matter and unraveled a second, more important mystery in the process.

Inca Choqek’iraw was one of the first major Inca sites discovered beyond the long-inhabited valley of Cuzco, the Inca capital. It was actually visible, perched high on a promontory across the mile-deep gorge of the Apurimac River. Getting there in the 18th century was, however, a daunting project, appealing only to gold prospectors and treasure hunters. Not until Yale professor Hiram Bingham’s 1909 visit did science take note of the site. In the century since, new discoveries around the small cluster of buildings reported by Bingham have shown Choquequirao to be a complex that rivals Machu Picchu. Our several contributions to that expansion were significant and hard-won, as this story recounts.

Choquequirao to Machu Picchu at the Speed of Light uncovers a long-suspected, but never proved, system of visual signaling stations linking these two important Inca imperial estates. Garcilaso de la Vega, a major chronicler of the period, described the system, but confirmation on the ground awaited our efforts during several expeditions. In the process of linking these two sites, the outline of a gigantic, empire-wide communication network became clear, extending from the north of Ecuador to the imperial frontier in Bolivia.

Seven Inca Pucaras on the Bolivian Frontier resulted from a subtle hint by my mentor, long-time U. C. Berkeley professor and noted Andeanist, John Howland Rowe, that the Incas left us many unresolved questions far from my home turf in Vilcabamba. With that in mind, we spent two years exploring the Inca province of Charcas, in southeastern Bolivia. As usual, Rowe was right. This is the tale of our thousand-kilometer marathon through spectacular country in search of ruins, and a detailed report of seven especially fascinating sites that turned up along the way.

Cuzco-tuyo, The Search For a Lost Inca Fortress

Cuzco-tuyo, The Search For a Lost Inca Fortress was the one part of our Bolivian adventures where we actually knew what we were looking for. The Spanish chronicles described an important Inca pucara, or fort, that had been built by Topa Inca in the 15th century, but overrun by the Chiriguano Indians from the nearby Chaco region of Paraguay in the 16th. They were led by a Portugese named Alejo García, in 1525 the first European to set foot in the Inca Empire, seven years before Francisco Pizzarro’s fatefull landfall in northern Peru. Topa’s son, Huayna Capac, drove the intruders out and rebuilt the walls, but over the centuries Cuzco-tuyo disappeared from the map. The exact site of the massacre had thus been fruitlessly debated for years, until we stumbled upon a totally new, unexpected and compelling candidate.

Vira Vira, a Chachapoyas Site recounts a season in the forested maze of northeastern Peru, once proud home of the “Cloud People,” conquered only with difficulty by the Inca shortly before they, too, fell to the Spaniards. A large Chachapoyas town had been reported years ago, but never explored or mapped. With two friends and colleagues, Keith Muscutt and Doug Sharon, we set out to do just that. Perched atop a craggy peak with expansive views of the Amazonian forests to the east, it was a spectacular project. Within its defensive outer walls were scores of circular houses, as well as various larger, likely public structures at and near the peak’s summit, 130 meters above. We mapped it all, included here along with reconstruction drawings of Vira Vira’s fairy-tale appearance during its 15th century heyday.

Cerro Ventarrón, a Rare Moche Fortress? clings to a rocky crag overlooking the parched desserts of Peru’s north coast. A setting more different from that of my familiar highlands would be hard to imagine. Not only was there no water anywhere nearby, but hardly a blade of grass was to be seen. Huge, stone walls connected natural cliffs to form five concentric lines of defense, marching up the mountain. Within, we found a scattering of small rooms, a plaza flanked by two high stone towers and, at the crest, a small, stepped platform made from badly eroded mud bricks. But who built it? No broken pottery offered a clue. In fact, nothing but the looted huaca, or shrine, atop the peak suggested an answer. It resembled in miniature the enormous, mud brick pyramids left everywhere in the surrounding valleys by the powerful, pre-Inca culture of the Moche that ruled the region for nearly 800 years, until the 9th century CE.

A New Box For Chaco

A New Box For Chaco changes the scene from the Andes to the high dessert of the American southwest. The 10th century culture there centered on the famous “Great Houses” in Chaco Canyon, New Mexico, has long puzzled archaeologists. Were Pueblo Bonito and its magnificent neighbors temples, palaces, fortresses, or something else altogether? What of the hundreds of modest hovels scattered across the surrounding landscape? How, if at all, did any of this relate to the Toltecs, then ruling nearby Mexico? Absent any documentary clues, the physical evidence is enigmatic. Needed has been another, better known culture with similar material remains to compare it to. Here, the equally short-lived empire of the Incas is suggested as a new “box” in which to look for answers. Although only a tenth the size and opulence of Tawantinsuyo, the Inca world, the so-called Chaco Phenominon is shown to fit surprisingly well into that box. 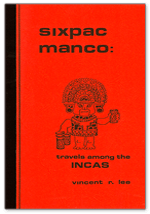